– Especially Norwegian, easyJet and Ryanair account for a very large part of the growth, but the low-cost carriers are not the only ones generating growth. Generally, there is growing interest in travelling to Denmark. More tourists are travelling to Denmark, and that generates growth and creates jobs here, explains Thomas Woldbye, CEO of Copenhagen Airports.

Copenhagen and Denmark make up an attractive market for the airlines, which results in more competition. As part of this trend, Hungarian Wizz Air is launching its first service to Copenhagen on 22 March, a service between Copenhagen and Skopje, the capital of Macedonia:

– At Copenhagen Airport, we are very pleased that we continue to attract new airlines and routes while existing airlines are also expanding their operations. This shows that we are competitive and able to attract a large part of the current growth in the airline business, which benefits growth and job creation, says Woldbye. 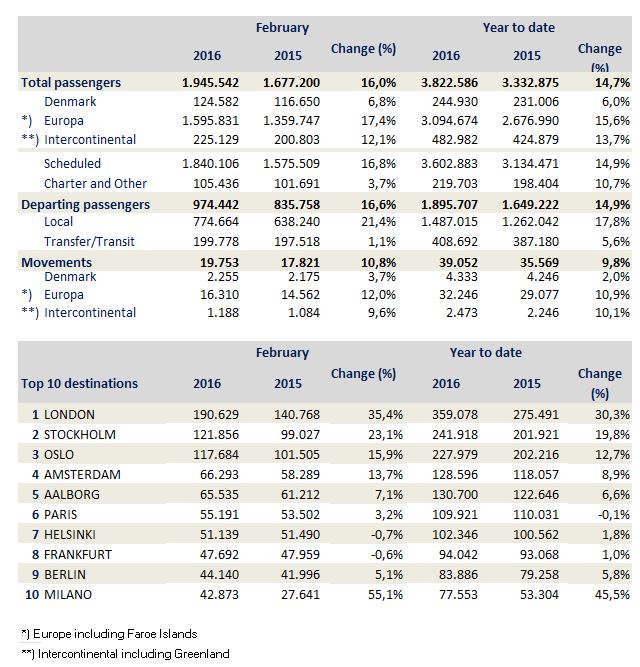