Travel rules for Denmark It is obligatory to wear a face mask in Copenhagen Airport as well as onboard the plane. When travelling to Denmark, different requirements apply depending on your country of residence and departure, as well as whether you have been vaccinated / previously infected. Travelling to Denmark as a tourist (coronasmitte.dk)

The number of daily travellers at CPH averaged 17,000 in June, more than double the May figure, but still a long way off from the 83,000 daily travellers pre-COVID.  Relative to June 2019, traffic still remains less than 20 per cent of the usual figures for this time of year.

However, traveller numbers are growing week by week, and load factors are now close to 70; a remarkable improvement from January when only one in three seats was filled.

“This is the first time since aviation was torpedoed by the crisis that we dare to believe that a turnaround is building. In the final days of June, we had as many as 30,000 travellers daily, and the current appetite for travel looks set to intensify in July,” says Chief Commercial Officer Peter Krogsgaard of Copenhagen Airports A/S.

The world is reopening – initially for travel to Europe, and places like Màlaga and Palma are now showing up on the top 10 destinations. Still, this summer will be different – for the travellers, the airlines and the airports.

Airports under extra pressure
“Travellers need to prepare thoroughly before leaving home, and they should make sure to have everything printed. All documents need to be checked at the airport, so checking in will often take longer than people are used to, but they can rest assured that we’ll get everyone to their chosen destinations. This summer we have 175 to pick from, so don’t hesitate, just go!” says Krogsgaard.

Travellers should also be aware that the rules that apply may vary from one destination and airline to the next.

Before the pandemic, airline tickets were bought at an average of two months ahead of departure, and even sooner for summer holiday travel. This has changed dramatically due to COVID-19 and the many travel restrictions put in place during the past year.

“We’ve noticed that, typically, Danes are buying their airline tickets just a week before departure, because then they feel reasonably confident about the travel rules.  This is a change – and a bit of a challenge for the airport, the airlines and the ground handlers taking care of everything from check-ins, boarding and baggage handling on behalf of the airlines,” says Krogsgaard.

“It’s incredibly difficult to predict how many travellers we’ll have and to plan the traffic, but everybody at the airport is working very hard to get passengers to their destinations,” he says.

Travellers missing the usual buzz of the terminals
A passenger satisfaction survey which CPH conducted in the second quarter showed that two out of three travellers really missed the shops being open, being among more travellers and the excitement of the huzzle and buzzle of the terminals.  Back then, in April, there were only 6,000 travellers per day and very few shops open for business.

Today, the daily average is about 30,000, with almost fifty shops and outlets open and more on the way.

“We can see, feel and measure that the recovery is under way. The atmosphere and the joy of travel is really staging a comeback, but we still have some way to go yet,” Krogsgaard concludes. 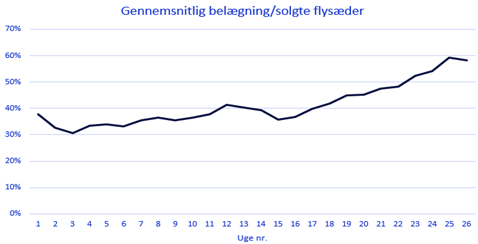 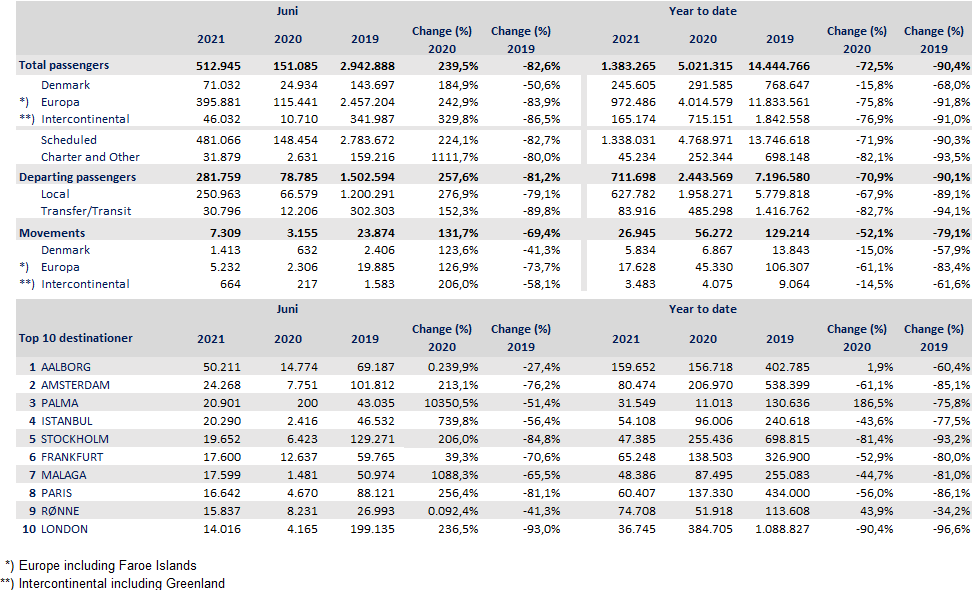