“In recent months, we’ve seen a trend for fewer people to use CPH to transfer, especially to European destinations,” says Copenhagen Airport’s CEO, Thomas Woldbye. “At the same time, there’s still a loss of passengers resulting from Air Berlin’s bankruptcy at the end of 2017. On the up side, we’re still seeing good growth in intercontinental fights to destinations outside Europe. This shows that our focus on attracing new routes to CPH is also bringing in more passengers. Last year, we had the opening of the route to Delhi in India, and this year Cathay Pacific is opening a new route to Hong Kong and Air China is opening a route to Beijing.”

Years ago, Egypt was one of the Danes’ preferred holiday destinations, but the unrest in the country has meant a decline in recent years. It does appear, though, that this trend has turned, at least in the charter market.

In January, there were 4.5% more passengers on charter flights from Copenhagen Airport. This is largely explained by increased traffic to destinations in Egypt.

London is still the biggest destination, with more than 163,000 passengers in January. However, this was 9.1% fewer than in the same month last year, which can be attributed in particular to easyJet currently having fewer services between CPH and London. 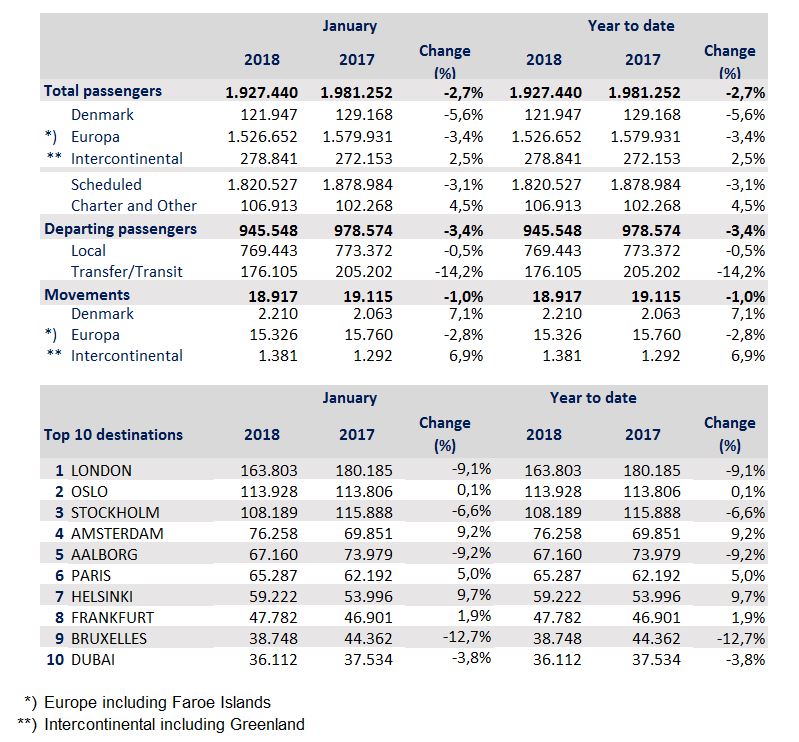