Passengers at Copenhagen Airport are still few and far between. On average, a mere 6,000 passengers passed through the terminals per day in April. In April 2019, that number was more than 83,000.

“While the rest of the country is in the midst of reopening, aviation is still on its knees and bound by a long list of requirements and restrictions. Copenhagen Airport handled just seven per cent of the usual number of travellers in April,” says Chief Commercial Officer Peter Krogsgaard of Copenhagen Airports A/S.

There were 138 daily arrivals and departures in April. In 2019, there were 715. In addition, only one in three seats was filled. Normally, that number is close to 80 per cent. Typically, the few people who travel at the moment are individuals making essential family visits or travelling for business. Holiday travellers are still few and far between. Normally, they account for more than 60 per cent of passengers.

Travel restrictions in force across the world mean that Aalborg was easily, yet again, the biggest destination out of Copenhagen with 25,452 travellers, or about three times the number of people flying to the major European hubs of Frankfurt, Amsterdam or Paris. Second on the top-ten list was, once more, Rønne on the Baltic island of Bornholm.

Bring patience
There are lots of opportunities for traveling this summer, but all is not as it was before COVID-19. International travellers must now provide proof of a negative COVID-19 test or of having been vaccinated in order to go anywhere. That means a longer check-in process. The vast majority of people returning home will have to be tested at the airport on arrival. That will take time too.

As part of the political agreement to reopen for travel to and from Denmark, the authorities are now planning how to test all arriving passengers this summer.

“Patience and time will be key for people who’ll be travelling this summer, both when they fly out and when they return. Travellers should also be aware that many of the shops and eateries they’re used to visiting at the airport may not be open yet. Also, only ticket-holders are allowed in the terminals, so this summer there’ll be no friends and family greeting you or waving flags, as you emerge from Baggage Reclaim,” says Krogsgaard.

“But I can promise you that the staff throughout the airport are so looking forward to welcoming travellers back again and to making their journey through the airport as pleasant and safe as possible,” he emphasises.

The airlines have announced lots of destinations for the summer season, and many shops and eateries are ready to reopen. However, the passengers have yet to return.

“The delay in Denmark’s vaccination programme will probably put off the reopening of the summer traffic and people wanting and having the opportunity to travel. At the same time, we need the rules and guidelines to be as few and as simple as possible. It’s essential that travellers feel confident navigating the rules,” says Krogsgaard. 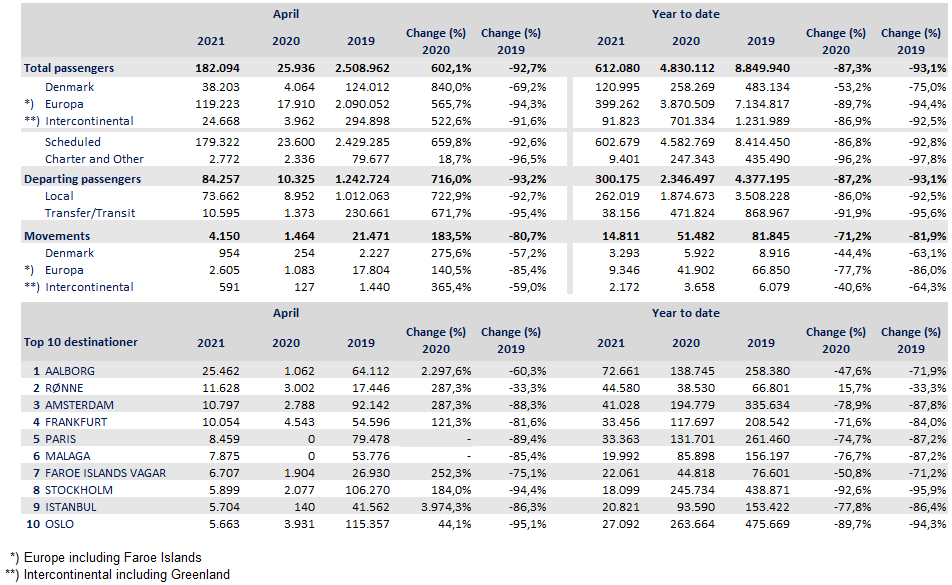