It was the busiest April ever in the terminals at Copenhagen Airport, with 2,496,509 passengers.

“April ended with passenger numbers up 3.2% on the previous year – which is fantastic considering that this year Easter fell in March. This means that April of this year is compared with an April last year that was dominated by the very busy travel weeks around Easter,” says Copenhagen Airport’s CEO, Thomas Woldbye.

In the first four months of this year, a total of 8,764,089 passengers passed through Copenhagen Airport. This was 1.2% more than in the same period last year.

“With a busy summer coming up, including 52 more destinations than in the winter schedule, we anticipate an upsurge in the desire to travel, which will mean passenger growth in the coming months,” says Thomas Woldbye.

More mini-breaks
Delving a little deeper into the traffic figures reveals a number of new travel trends. In particular, increasingly more international tourists are choosing to visit Copenhagen on mini-breaks, while more Danes are choosing to make short trips in Europe.

Currently, 46% of all holiday trips to and from Denmark last two to six days. This is a significant change from 2010, when the figure was just 37%.

“When a new route opens up to Copenhagen from, for example, Spain or Italy, a lot of people think: ‘Let’s have a long weekend in Copenhagen.’ And likewise, Danes and southern Swedes consider heading south for a break. So the more destinations there are to choose from, the more people there are who decide to fly on a short trip,” says Thomas Woldbye.

With the number of business travellers having remained relatively constant, the growth in passenger numbers in recent years has been driven by holidaymakers, in particular international travellers flying to Denmark.

In the past year, the proportion of international holidaymakers relative to international business travellers has increased from 54% to 61%.

“Last year, the number of international tourists who flew to Denmark via Copenhagen topped 3.5 million. That was around 23% more than in the previous year,” says Thomas Woldbye.

“It’s also highly significant that young people between 15 and 24 are becoming ever more prominent on the travel scene. This group now makes up a quarter of all international tourists flying to Denmark,” says Thomas Woldbye. 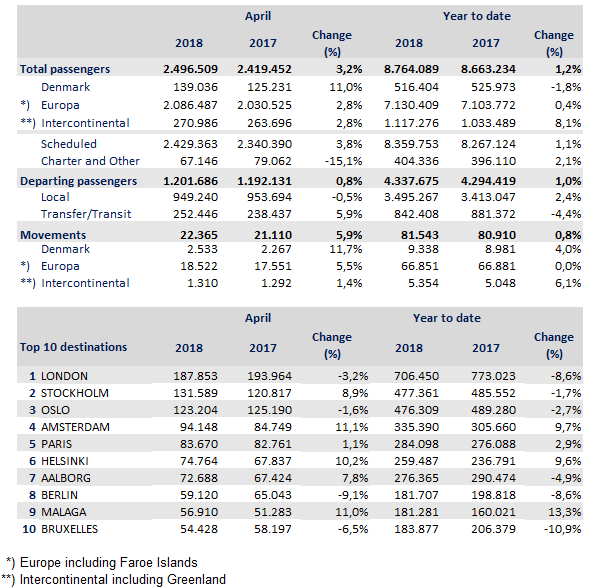