In the first six months of the year, 1,027,785 passengers travelled between Copenhagen and London, representing a 15.1% year-on-year increase. This still makes London the absolutely most popular destination out of Copenhagen.

One of the reasons is that the number of flights to London has increased by two per day since Ryanair started operating out of Copenhagen. Accordingly, there are now between 23 and 25 daily flights out of Copenhagen to the London Airports of Heathrow, Gatwick, Stansted and Luton.

The first busy summer month of the year was slightly busier than last year as passenger numbers grew by 0.3% in June. 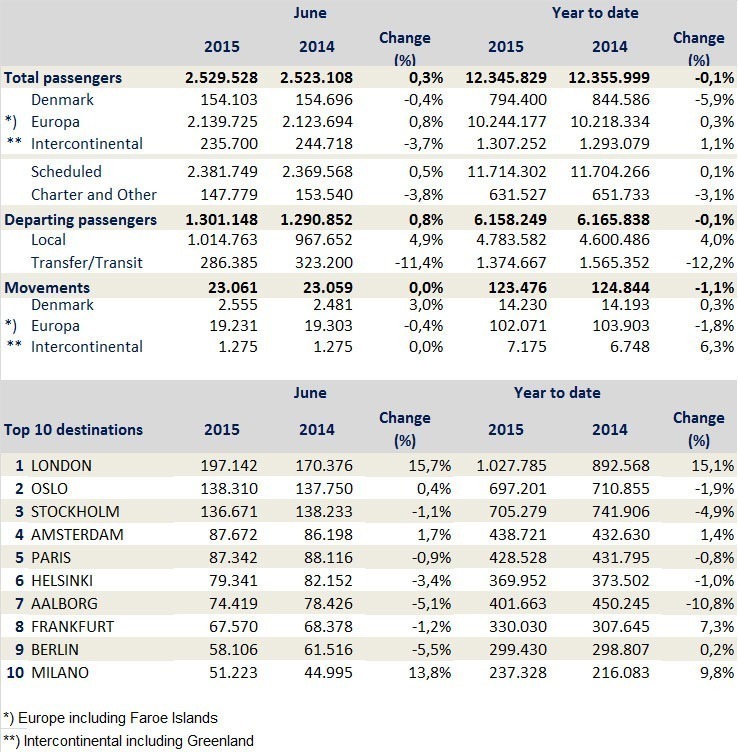