A total of 2,053,818 passengers travelled through the airport in March, which was a record for the month and the first time passenger numbers exceeded 2 million in the month of March.

Strong international Easter traffic helped ensure solid growth in March. The month ended on a very positive note after being affected by strike action at the beginning of the month. Obviously, this resulted in a couple of weeks with lower-than-expected traffic, but we made up for the loss at the end of the month," said Thomas Woldbye, CEO of Copenhagen Airports A/S.

In the first quarter of the year, almost 5.4 million passengers travelled through Copenhagen Airport, representing a 1.8% year-on-year increase. 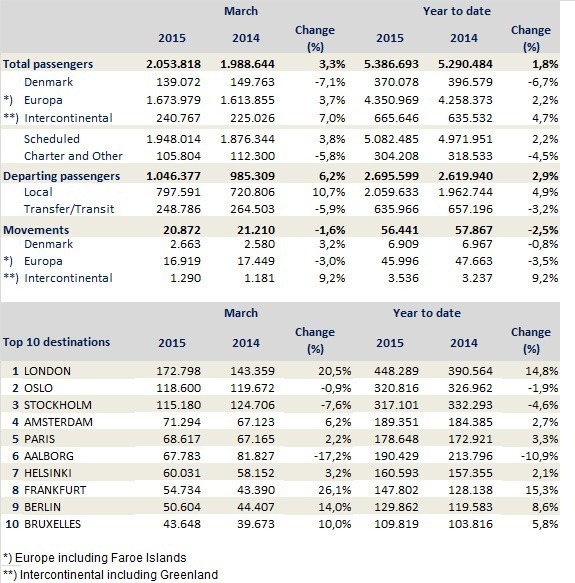